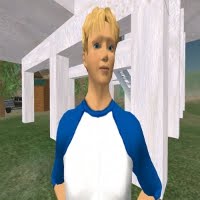 Andy Enfield founded Hippo Technologies circa 2006, and served as CTO and CEO through around 2010. As founder and Chief Software Architect, Andy Enfield, had over twenty-five years of programming experience. His experience as a PhD influenced the design and documentation of Hippo Technologies products, and gave them a reputation for excellence among our large community of users.

You can get the latest product release news delivered inworld to your avatar. Please register at the hippoNEWS terminal located on the second floor of the
inworld store.

Customers are welcome to use hippoSUPPORT for technical assistance, product questions and configuration advice.
hippoSUPPORT webpage

Hippo Technologies is grateful to provide resources and services for over a hundred thousand customers.